Latino History Month, or officially, “National Hispanic Heritage Month,” runs from September 15 to October 15 each year. During the month, we celebrate the history and many contributions to the American life experience, and the beauty these cultures. Among our population, millions of people have a family background from Spain, Mexico, the Caribbean, or South America. Each of these cultures is unique, and each deserves to be honored and celebrated.

The Significance of September 15

September 15 is an important anniversary for many Latin nations that gained independence on that date, including the countries of Costa Rica, El Salvador, Guatemala, Honduras, and Nicaragua. September 16 and September 18 are when Chile and Mexico finally achieved full independence from Spanish rule.

Celebrate Hispanic Cultures – It is an American Heritage.

Hispanic cultures are woven into the fabric of American culture. The influences are in every facet of our culture, including food, architecture, art, entertainment, and music. Our lives have been enriched, and our country protected by people of Hispanic heritage who have served in the Armed Forces over the years, worked in city, state, and federal governments, and developed new technologies and systems Americans use every day, to name just a few.

Those with a Hispanic background make up the largest ethnic minority group in the US, with over 62 million people, living in almost every city, town, and rural area of the country.

This month of recognition and celebration was introduced in 1968, by President Lyndon Johnson, a native Texan. It stands to reason that this Texan president should choose to honor the contributions of people of Hispanic heritage, as Texas is steeped in Latino culture.

Spain, Mexico, and the States

Texas was a long-term colony of Spain, starting in 1519. It was about 200 years before Spanish settlers arrived in large numbers. The Mexican war of independence pushed out Spain, with Mexico now owning the region, but for a brief period – from 1821 to 1836. During during the region was called “Mexican Texas.” Just 16 years later, the Republic of Texas joined the United States.

California was also a Spanish colony, and once Mexico gained independence it ruled the region, lasting from 1821 to 1848. California has many beautiful Spanish missions that are still standing, and Spanish architecture is a California standard.

A vast region of what is now the USA was once owned by Spain, given by France to Spain in 1762. The states that are in the former Spanish-owned colony include Kansas, Wyoming, Montana, Iowa, Missouri, Arkansas, Louisiana, Oklahoma, North and South Dakota, along with the West Coast states. Spain founded the City of St. Augustine in Florida back in 1565, which was the first European city established in what is now the USA.

How should you celebrate? Take the time to enjoy art galleries featuring Latino artists, musicians, festivals, and presentations. Much of our country was settled by the people of these cultures. Take your children or your friends to visit museums, art galleries, Spanish missions, and enjoy the traditional foods of these cultures, whether off a “taco truck” or enjoying the innovative cuisine prepared by revered Hispanic chefs. The bottom line – these cultures are part of us, so share the fun!

DB
You truly were a tremendous help to me and my family!David B., McKinney, TX
GC
You are the BEST!!! Thank you again for your great service.Gerda C., Port Orange, FL
WC
Thank you so much. It's so good to know I can pay for my son's insurance needs.Wanda C., Nashville, TN
DW
Thanks again for finding me the best plan for the lowest price!Dustin W., Indianapolis, IN
LB
I would recommend you to anyone I know!Linda B., Nashville, TN 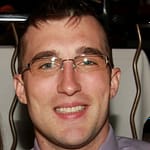